7 reasons to use a webinar producer

Whether you are contemplating holding a webinar event for the first time or you are experienced with webinars, using a dedicated webinar producer for your event has many advantages.  A producer unburdens the marketer and the presenter from managing the technical aspects of event production during the webinar which allows the presenter to focus on the content and assures the marketer of a smoothly and professionally produced event after all the promotional efforts attracted attendees.

If your webinar program is not big enough to justify hiring a full time webinar producer and someone else in your organization is unavailable, or does not have the skills, to double as a producer, consider outsourcing this function to an agency or freelancer. Here are 7 ways a webinar producer can provide value to your webinars:

See also; It takes a team to run a webinar program

Adobe Connect is a web conferencing platform, powering complete solutions for web meetings, eLearning, and webinars, on any device. 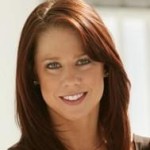 Shelby Britton, Group Product Marketing Manager @shelbynbritton Shelby has been in high tech marketing since 2004. She is the author of The Content Marketer's Guide to Webinars. Previously she led the marketing departments for channel partners of IBM and Adobe. She has a MBA with a dual-focus in Marketing and Management from San Diego State University and a bachelor’s degree in Literature and Writing from the University of California San Diego, Revelle.