Last week we headed to Oval Space Bethnal Green for the last Nicer Tuesday’s event of the summer, the monthly creative talks organised by publication It’s Nice That and sponsored by Adobe Stock.

So, let’s get to the point. What did we learn on the night? Here are our top 5 take outs from the evening… tweet us at @AdobeUK if you heard anything else that inspired you!

1. You don’t need a camera to become a photographer

Luke Evans proved that you don’t need a camera to call yourself a photographer as he talked through his ‘Inside Out’ project from university.

The idea was to capture his and project partner Josh Lake’s insides – and after researching techniques decided that the safest way to do this (without an X-ray or a doctor) would be to swallow a 35mm piece of film. This method would allow acids and enzymes to imprint onto the film while it makes its way through their digestive systems.

You don’t want to know the nitty gritty on how this was achieved, trust us, but the swallowed film was then washed and examined under a microscope before being enlarged into prints. So, if you’ve ever wondered what your insides look like, check it out below.

Illustrator and ceramicist Charlotte Mei explained that her love for Karaoke led to a successful art project and celebrity attention.  ‘Karaoke magazine’ was inspired by enjoying karaoke with her friends in Japan which led to Charlotte painting images related to her favourite songs beside lyrics. Before she knew it, it turned into a fully-fledged project!

How did the public perceive it? Well, Charlotte’s image of Seal went down a storm as the man himself said it was “nice” – a moment that’s become one of the highlights of her career. So, we have to say, passion projects are really cool.

3. How to remix Bauhaus

Sascha Lobe, the newly-appointed partner at Pentagram who has just moved to London from his hometown Berlin, explained his role in redesigning the Bauhaus-Archiv Museum’s popular new identity.

Deconstructing how he remixed typography from the archives – he explained how they took aspects from fonts and engineered them by taking elements from others and combined them. Sascha also revealed his rule for posters; “Use the interesting fonts for the headers and the easy-to-read, less exciting fonts for the sub-headings” …noted!

4. It’s OK to be selfish sometimes

Luke Evans gave an emotional talk in which he explained the personal issues that led him to take a break from making art. During his break he picked up archery and baking as hobbies – and within six months was training with the Team GB’s Archery coach. It was this new-found love of archery that inspired one of his latest projects which is set to be his first exhibition since taking time out. He reiterated that this should be a lesson to all – it’s ok to take a break and it’s “ok to be selfish”. His talk ended on the notion that there’s nothing wrong with admitting you can’t do everything, and we agree. Check out how he shot a surreal landscape using flour below.

5. North Koreans do exist outside of North Korea (and it’s really beautiful there!)

Journalist and filmmaker, Roxy Rezvany, took us on journey to New Malden in South London, an area with the largest population of Koreans in Europe, and home to her boyfriend.

It was here she hatched an idea to create a documentary on North Koreans in London, inspired with a conversation with her boyfriend’s nephew about how excited he was to have made friends with one.

She started out by befriending the local community before finding Joong-wha Choi, a former soldier in North Korea, who ended up being the main subject for her film “Little Pyongyang”. Roxy also revealed a beautiful image of the North Korean countryside – a paradox in comparison to the scenes portrayed by the media and propaganda. It’s absolutely stunning there. 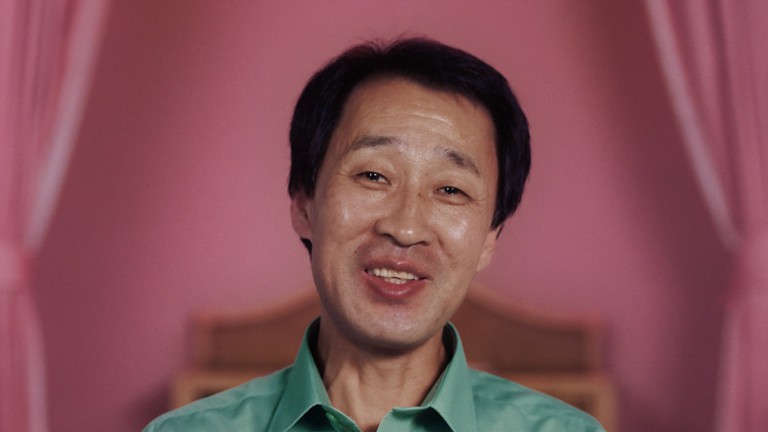 Thanks for reading! Have you left feeling inspired? Get 10 free Adobe Stock images with our free trial: adobe.ly/2Aqj71D

Adobe is changing the world through digital experiences. We're here to bring you the latest and greatest creative inspiration, insight and industry news. To find out more information about Adobe, visit www.adobe.com/uk