Improve your creative workflow with our September masterclasses

Is Summer really over from a creative point of view? What we mean is: does your mind ever truly let go of the habit of capturing inspiration and developing ideas as you go along? No, we didn’t think so too. With that in mind, we’re thrilled to announce a new series of masterclasses precisely for those who rely more and more on their mobile devices to capture inspiration and create on the go.

With Adobe mobile apps like Comp CC, Photoshop Sketch or Brush CC, we have more tools than ever to do just that. With the masterclasses we have planned for September, you’ll see in a bit more detail how they can make a difference in your work too.

Take the chance to learn new illustration techniques from David Cousens. David has written books teaching Digital Art and provided stunning illustrations for advertising, branding, concept art and much more. In his work, he blends a mixture of Eastern and Western influence to create a stylised world of illustrations that is dynamic, cinematic and sometimes even insane. He is also a member of the not-for-profit organization ‘The mighty Pencil’ that works with a selected group of professional illustrators to showcase their work worldwide.

Masterclass: Create like never before with Michael Chaize & Rufus Deuchler

More and more creatives are starting their creative process on mobile devices and then moving on to desktop. And that’s just what this masterclass is about! Join Rufus Deuchler and myself and we’ll show how to start your design on your tablet and finish the work in Photoshop or Illustrator. Adobe Creative Cloud mobile apps let you conceive and create professional illustrations and compositions, which then seamlessly connect – through CreativeSync – with Photoshop or Illustrator on your desktop, where you can finalise the work. This masterclass is ideal for graphic designers and illustrators who want to be able to create anywhere, anytime. 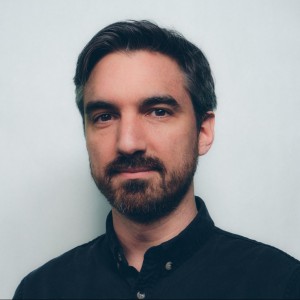