How to Use Pinterest to Unlock a World of UX Inspiration

Pinterest is more than a place to share recipes and wedding ideas, it’s a powerful tool that UX designers can use to find inspiration and curate information in a visual, organised way.

The platform, which was recently revalued at $12 billion, still suffers from being mislabelled a women’s only network largely because 80 percent of its 150 million users are female. However, data shows that 40 percent of new signups are men, suggesting that Pinterest is gaining momentum across male demographics.

One could speculate this may in part be due to the wealth and diversity of content that is already available on Pinterest. To unlock its potential, you just need to know how to use it.

1. Think of it as a Companion to Behance

Millions of designers use Behance to showcase their portfolios, and millions more use it to find inspiration for design projects, to research design trends and to connect with others in the industry.

When you add Pinterest into the mix, designers not only have an alternative way of viewing Behance projects, but you can also click on an image you like and immediately see a list of related pins. Not only this, but every pin is clickable and leads to an external link. These tactics can be instrumental in helping you find additional sources of inspiration.

2. Pinterest is Much More of a Personal Network than a Social Network

While there is a social component, Pinterest operates differently from other social networks in that it’s less about crafting a persona as it is about curating a collection of things that interest you.

As such, the platform has a lower barrier to entry than others. While you need an account to access pins, you can take full advantage of it without having to tie it to your name or your professional identity, though of course you have the power to do that too.

3. See What Inspires the People Who Inspire You

Pinterest accounts consist of a series of boards that are simply self-curated categories users use to store collections of related information. If you find someone who shares your love of typography, for example, you can choose to follow their typography board only and ignore any other board they may have that does not align with your interests.

Here’s an example of a typography board by designer Victor Ng, who works at the New York Times and led the web design for Hilary Clinton’s 2016 Presidential campaign. Ng has more than 96,000 followers on Pinterest, of which approximately 12,000 follow his typography board.

Here’s another example, this time by designer Alexandra Bond. Her “Palette” board is a collection of colour schemes that will delight any designer.

This board by illustrator Ryan Putnam looks at white space, which might be interesting to any UX designer researching white space’s role in a user experience, for example.

A positive side effect of these boards is they speak to many design disciplines making them rather diverse sources of inspiration.

The way Pinterest is organised allows users to have what Ash Huang, a UX designer here at Adobe who formerly worked at Pinterest, calls “complexity of voice.”

Since it doesn’t operate like a traditional social network, you as a user are also empowered to have personal, professional and passion-driven content living in the same place, content that Huang said is often an indirect source of design inspiration in and of itself.

Huang’s account is a perfect example of this. Look at how her different interests coexist together:

You’re able to see how her various interests correlate, but you’re also given the opportunity to hyper focus only on the content that’s relevant to you.

5. Use it as an Inspiration Search Engine

Pinterest’s power comes not only from the sheer amount of user-generated content available, but also from your ability to find it.

Here is an example of the options that come up when you type “ux design” into the search bar. Not only are there search term ideas, but it also pulls up users and boards that have the term “ux” in their name.

Here’s an example of some of the content this search pulled up:

Designers are constantly researching and reading things online. Pinterest offers an alternative way to archive links to articles, videos and other pieces of content that you want to save for future reference.

Rather than having to remember the headline of an article, many designers and visual learners are more likely to relocate the article if they can associate it with an image. This makes extracting this research down the line a bit easier. 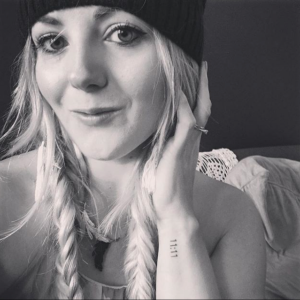 Sheena Lyonnais is a Toronto-based writer, editor and digital specialist. She works in content marketing by day, studies digital strategy by night, and practices yoga somewhere in between. Follow her on Twitter @SheenaLyonnais.