As World Creativity and Innovation Week comes to a close, I’ve been spending the weekend thinking about the work of some of Britain’s most iconic designers. From the sleek curves of the Mini to the clean, colourful lines of the London Underground Tube map, here are my top picks of the best of British design.

In 1933, British designer Harry Beck created the design for the London Underground map, the first truly ordered and schematic map of this complex system. The design is said to have been inspired by electrical circuit diagrams and has been successfully scaled as the network has expanded— testament to this classic design. An image now synonymous with London, the design has proven so popular that it has been imitated by many other Metro and subways around the world.

In my opinion, it’s probably the first time that the physical locations on a map of that scale became secondary to their relative locations. To me it’s among the first — if not the first — infographic; the organisation of a great amount of information, presented in a clear and logical way, without sacrificing design aesthetics.

Between 1859 and 1924, the colour red was the unifying component of three great British design icons that say ‘London’ and ‘Great Britain’ probably better than the words themselves. These were born out of a combination of two things: functionality, through a highly visible colour that could be seen even in the greyest of British fogs and nostalgia, the association with the military achievements of the Empire, which made all of these designs reminiscent of the guards that so famously stand sentry to Buckingham Palace.

The introduction of red pillar boxes across the UK in 1859 was followed by the introduction of the famous red double decker buses to the streets of London and then the design of the K2 type telephone box—the result of a design competition by the Royal Fine Art Commission, who were unhappy with the previous design efforts of the General Post Office. The organisers of the competition invited entries from three respected architects and, along with the designs from the Post Office and from The Birmingham Civic Society, the Fine Arts Commission judged the competition and selected the entry by designer Sir Giles Gilbert Scott.

British publisher Penguin revolutionised publishing in the 1930s through its high quality, inexpensive paperbacks. In 1962, graphic designer Romek Marber created a grid layout, the Marber Grid, for Penguin book covers which has since become one of the most recognised layouts of all time. Marber didn’t immediately get the credit though— the layout was originally attributed to Germano Facetti, an Art Director at Penguin — but the mistake was soon cleared up by Facetti and another art director at Penguin, Hans Schmoller.

Why don’t you get creative and try to make your own Penguin covers using this Illustrator template?

A symbolic design of London’s swinging sixties, the Mini is a fun concept that has a personality all of its own, with its rounded rooftop and large headlights. Designed by Sir Alec Issigonis, the car was originally developed in part as a result of the fuel crisis of the late 1950’s, when The British Motor Corporation asked Issigonis to make a smaller car that didn’t use much fuel.  The Mini was so popular it was embraced by a number of celebrities at the time, with British legends including George Harrison owning one and as a result, the design has changed very little in over 50 years.

Are there any more contenders to add to the list? Share your thoughts on Britain’s most iconic designs in the comments section below. 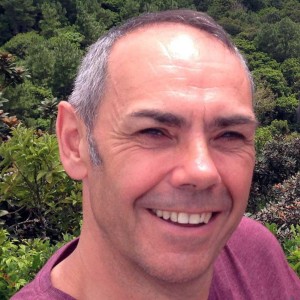 Senior Solutions Consultant for design products at Adobe UK, with a real passion for Illustrator, InDesign and Photoshop, and specialism in interoperability. Credited as being the driving force behind forms adoption in InDesign. With over thirty years experience in the creative industry as an illustrator and designer for both print and screen, I've worked on projects of all shapes and sizes. Spent several years training Adobe Software, presenter on behalf of Adobe and other vendors and also as an author for blogs, magazines and more recently for Lynda.com. Follow my Design Jungle blog at blogs.adobe.com/tonyharmer