UPDATE (July 20, 2012):  Due to an issue discovered after the 5.0.1 build 6 patch was released, the Audition team has pulled this update and released a new 5.0.1 build 7 patch, available at the download links below.

Today we released an update to address several bugs in Audition CS6. Many were minor workflow issues, but a few could cause Audition to crash under certain circumstances. 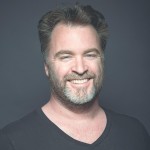