Experts Weigh In: Hamburger Menus – To Do or Not To Do?

The hamburger menu. Three lines of navigation goodness, but does it share the cheesy, greasy qualities of its likeness? We asked some experts to weigh in on the chatter we’ve heard on the web to get to the bottom of whether or not you should or shouldn’t implement a hamburger menu in your next project.

As is so often the case in UX (and in life!) the answer is: it depends. Increasing ubiquity of the hamburger menu is a symptom of UX design adapting to multi-platform, responsive, device agnostic environments. Some key considerations include: audience, goals and context.

–    Audience: some research suggests that users under 44 years old are more likely to understand this as navigation. Who is going to be using the interface?

–    Goals: what is the interface trying to achieve? Is navigation a key pathway to meeting those goals? Hiding menus on secondary screens can reduce discoverability of and engagement with those options.

–    Context: In a native mobile app context, tabbed bar menus may be more appropriate and could increase engagement. On a large screen view of a responsive site, it may make more sense to surface navigation, as screen real estate is at less of a premium.

Great UX design is always contextual and considers the many factors that make up the experience. Putting some thought to these considerations will assist with decision making.

I support hamburger menus when used properly. Some designers feel averse to sliding hamburger menus because the links are hidden off-screen and seem more difficult to locate. But a lot of native iOS/Android mobile applications use these hamburger menus, so people are becoming more familiar with how they function. Responsive websites can benefit greatly from these sliding menus if they’re implemented properly and behave consistently throughout the whole site.

Facebook’s old iPhone app and the Path app popularized the hamburger icon.  Unfortunately what a few big names do becomes the ‘trend’. The more I see it, it’s just a dumping ground for miscellaneous items. If something doesn’t deserve to have a place in your app then maybe it shouldn’t be there at all. It’s important to figure out what the primary, secondary and tertiary functions of the app are. I’d say keep primary functions visible and accessible. Secondary function’s maybe a tap away but don’t detract from the primary. As far as tertiary functions are considered maybe find a way to write them out of the app or figure out if they are absolutely necessary. I think it all boils out to content prioritization and strategy which in turn keeps the app focused and light. Also, research from the Nielson Group  states that icons like the hamburger icon still require labels for clarification.

The hamburger menu makes sense on mobile, but not so much on desktop when responsive versions exist. For example, it’s not really necessary on a site like this.

If a desktop site doesn’t have a mobile version (or responsive breakpoints), the hamburger menu can be a nice backup navigation if the page loads on a tablet since it’s easier to tap than a text link. But that’s becoming less necessary in today’s age of responsive everything.

I don’t think the hamburger menu will disappear though, just because so many users are already used to it (and it’s fairly minimalistic and sleek, which falls in line with current design trends).

So, what do you think? Weigh in below with your comments! 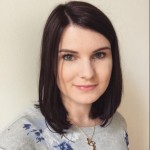