The upcoming release of Adobe Character Animator CC (Beta) focuses on making the animation experience faster, easier, and more fun. Just import any character made from Photoshop or Illustrator, and watch them come to life via your facial expressions and voice through a webcam. This allows for several new creative possibilities, including live animation – you may have seen Character Animator in action on TV recently with Cartoon Donald Trump and Cartoon Hillary Clinton showing up on The Late Show with Stephen Colbert.

Character Animator is still in a Beta phase, but thanks to your feedback and inspiring creations, the development team has prioritized some major improvements. Some of the newest additions are:

Character Animator now starts with an entertaining, interactive adventure where the mad scientist Dr. Funkenstein teaches you the basics of using the program. Learn how to calibrate your camera, import artwork, lip sync, shoot fire from a robot, and more. Adobe worked with a team of professional animators to build this experience inside Character Animator, so you can dig into the project and see exactly how this sequence was performed and edited. This includes several new example puppets that show everything from full body turns to walk cycle animations.

Photoshop and Illustrator are great for creating puppet artwork, and Character Animator is great at rigging that artwork for animation. But in past releases, when it came time to share your character, you ended up needing to manually collect and package several reference files. Thankfully puppet sharing has never been easier thanks to the new .puppet filetype. Just export your puppet and everything will be included in one self-contained, fully featured file, which others can easily start performing, recording, and editing with.

The puppets we’ve seen the Character Animator community create are pushing the limits of what Keyboard Triggers can do. Our examples started off with simple “Press B to Blink” instructions, but users have fully embraced and this and now trigger complicated, multi-framed animations like like walk cycles or fiery explosions with the touch of a key. Multiple keyboard trigger takes used to overlay on top of each other, leading to a lot of extra manual work to ensure everything stayed visible. Now Keyboard Triggers each get their own separate take group (just like draggable parts do), so your “B for Blink” animation is separate from your “F for Fire” and “D for Dance” recordings.

The eyes are among the most expressive parts of the face – emotions like happiness, worry, or anger can be evoked through even the most subtle eye changes. This release introduces the Eye Gaze behavior, which takes the eye controls out of the Face and into their own behavior for separate, more precise animation. In addition, eye gaze can be smoothed and paused, and recorded eye gaze takes can be blended.

The team has included a ton of other features and improvements into the release as well:

Tune in to our interactive YouTube Live Event on September 7th at 8 a.m. PST. Our video guru, Jason Levine, will demo all that’s coming to Adobe Creative Cloud pro video and audio tools. And join us at IBC Show 2016 –- Hall 7, Stand 7.G27 in the RAI Amsterdam Convention Center — September 9th – 13th to see demonstrations of these features in action. 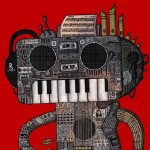