Okay, I’ll confess. I’m a Dreamweaver extension junkie. I’ve long admired the foresight and effort invested by Dreamweaver engineers to make the core functionality of the program both customizable and extensible in recognition of the ever-evolving needs of web designers and developers. And boy, did that effort ever pay off! Thousands of Dreamweaver enhancements have been created by a global community, pretty much from the initial launch of the program. To give you an idea of what’s possible—and who’s behind those possibilities—I decided to profile three of the major companies in the Dreamweaver extension biz: DMXzone, Project Seven and WebAssist.

Full disclosure: I’ve known all the developers covered in this article for many years, worked for a couple of them, and probably had a drink or two with them as well. Before we dive into their particular offerings, let’s take a quick look at what the mothership has up in the cloud creative.

Adobe Add-Ons is now the official outlet for Dreamweaver extensions. These add-ons are installed and managed via the Creative Cloud interface – you can learn how to install extensions for Dreamweaver CC here. Adobe Add-ons features a range of both commercial and free extensions, over 300 strong. All manner of Dreamweaver enhancements are available, from insert objects like the HTML5 Audio Player from Solutions4Websites.com to server-side components such as Linecraft Studio’s PHP Captcha.

In addition to carrying extensions from all the major companies covered in this article, you’ll also find work by other developers including DwZone, Yosmany Saez/CodePeople, and ExtendStudio.

DMXzone is a truly international company, reaching Dreamweaver designers and coders in the US, Europe, and the Pacific Rim and offering free support via live chat and email. With an office in Bulgaria as well as The Netherlands, George and his team have developed 100+ Dreamweaver extensions over the years. Their very first extension was Pure ASP Upload which lives on today in its 3rd major version with up-to-the-minute capabilities such as mobile upload, Ajax and HTML5 support.

DMXzone ties all their extensions together with the excellent DMXzone Extension Manager for Dreamweaver. This free add-on can install extensions from a range of previous versions of Dreamweaver up to the most current. And talk about playing nice with others, their extension manager works with most extensions, including those from other companies.

DMXzone publishes extensions to enhance both client-side and server-side operations. On the client-side, the DMXzone Bootstrap extensions have been among their most popular. Now that Dreamweaver CC integrates Bootstrap itself, future versions of this add-on series “will focus on the visual designer,” according to George. On the server-side, they continues to innovate with the recently introduced DMXzone Server Connect and line of related extensions. Designed to replace Dreamweaver’s deprecated server behaviors, this modern workflow integrates Ajax for updating data on an as-needed, partial page refresh basis, through a visual programming environment with no coding required.

Want to create a mobile app in Dreamweaver? DMXzone has you covered. The DMXzone Cordova Builder leverages Apache Cordova through an amazingly powerful command-line interface to generate native iOS, Android, Windows Phone and other mobile platform apps—right in Dreamweaver. Need some properly styled content for that app, optimized for mobile? Check out the DMXzone Visual App Designer for Framework 7 to output standardized apps based on HTML5, JavaScript and CSS that look and behave like any written in lower-level languages like C++.

You know the cliché of long-time friends working together to build a highly successful tech company? For Gerry Jacobsen and Al Sparber, that cliché is the Project Seven reality, making Dreamweaver users ecstatic with their extensions since 1998. With around 100 Dreamweaver-based products under their collective belts, Project Seven counts organizations such as NASA and the FBI in their customer base as well as a mix of independent web designers and site creators.

Project Seven (aka PVII) primarily focuses on extensions that improve client-side functionality and enhance design-time productivity. Web site navigation systems—increasingly complex and difficult to code—are among their forte, with the PVII Slide Out Menu Builder one of the most popular. Slide out menus are a great solution for today’s mobile-ready responsive navigation challenges. With Slide Out Menu Builder, you can quickly craft multi-tiered menus that smoothly glide from left or right. Tab a navigation link to scroll to a selected anchor—and then hide the menu automatically. Nice!

Modal pop-up windows—used for displaying images or videos from a gallery as well as extended HTML content—are a webpage mainstay made easier (and way cooler) by another Project Seven product, Magic Box. In addition to quickly adding captions, descriptions, player controls, and CSS styling, Magic Box output is fully responsive and mobile ready, capable of handling both mixed size and mixed orientation imagery. If you’ve ever tried coding the JavaScript yourself to achieve this level of sophistication, you’ll recognize that there are masters at work here.

During our discussion, Al Sparber offered a sneak peak of an up-coming product,  Layout Builder Magic. According to Al, this new tool “will allow creation and management of very complex CSS layouts, without the need for the many thousands of lines of CSS required by Bootstrap.” Layout Builder Magic provides a powerful graphic user interface for creating and editing page layout, as well as controlling key style attributes (color, background, padding, font properties). Layout Builder Magic was recently released and is now available.

“The majority of our customers are designers who want to learn PHP while building great websites quickly and easily,” said Ray Borduin, President of WebAssist. WebAssist had its beginnings creating extensions for Drumbeat, a popular server-side site builder—which was snapped up by Macromedia and incorporated into Dreamweaver (there’s that Dreamweaver UltraDev again!). Over the years, the company, now based in San Diego, has developed a wide spectrum of Dreamweaver tools, as well as several standalone PHP apps – that happen to integrate effortlessly into Dreamweaver.

WebAssist’s Dreamweaver product line currently consists of about 40 extensions, available in three bundles: Design Extender, Data Bridge and MySQLi Server Behaviors. As you might suspect, Design Extender is client-side oriented and design-focused: great for static sites. It also includes PowerCMS Builder for straight-forward content management, so your clients can update their own content right in the browser or via the sophisticated admin interface.

If you’re hankering for a little more structure in your sites, you’ve got to check out Framework Builder, included in both Design Extender and Data Bridge. This WebAssist add-on takes Dreamweaver templates to the next level with WordPress theme-based structuring. The Framework Builder Plug-In feature brings added customizable power to the server-side include concept, automatically managed and dynamically updated.

For those who miss the clarity of the old Dreamweaver server behaviors but don’t want to get burned by the coming MySQL deprecation, take a look at WebAssist MySQLi Server Behaviors. This bundle includes replacements for every previously available Dreamweaver server behavior, now upgraded to output MySQLi compliant code. Repeat regions, insert/update/delete records, recordset paging, show if regions, user authentication—it’s all there. Want more? Visually create your SQL statements with the included MySQLi Query Builder.

In addition to these full-to-the-brim suites, WebAssist boasts it’s flagship eCommerce offering, eCart. A full-fledged shopping cart, eCart manages discounts, taxes, shipping, coupons and much more with grace. The most recent version handles subscriptions and recurring payments as well as standard purchases. Support for PayPal, as well as many popular payment gateways like Authorize.net and WorldPay, is built-in and easily configured for both local (customers stay on your site throughout) or remote (checkout is completed on the gateway’s site).

The power and flexibility touched upon here is really just a small part of what Dreamweaver makes possible, thanks to it’s inherent extensibility. Of course, no API in the world is worth anything if no-one uses it. An equally vital aspect of Dreamweaver’s add-on potential are the people who dedicate their time and efforts to bring these extensions to life.  So, in closing, in addition to tipping my hat multiple times to those companies (and the staff behind them) mentioned in this post, let me give a shout out to just a few of the many others Dreamweaver extension developers in this woefully incomplete and wildly personal list: Angela Buraglia, Lawrence Cramer, Massimo Foti, Tom Muck, Trent Pastrana, Jaro von Flocken, Ray West, Andrew Wooldridge and Eduordo Zubler—among many, many others. Thank you all for extending your helping hand to Dreamweaver users everywhere. 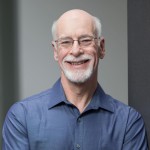 Joseph Lowery's books about the web and web-building tools are international bestsellers, having sold more than 400,000 copies worldwide in eleven different languages. He is the author of the Dreamweaver Bible series as well as works on Adobe web workflows, CSS and HTML. Joe has built hundreds of web sites over the years, as well as numerous extensions and applications to help other web designers. He has authored over 30 courses for Lynda.com on a wide range of web-related subjects including Dreamweaver, WordPress, Google Cloud Platform, Laravel, PHP and HTML5.