Character Animator has transformed into a robust animation application since its first preview over two years ago.. It’s been inspiring to see the huge range of creative things people have done with it, but one thing hasn’t changed: it’s still incredibly fun to use. There’s just nothing quite like seeing your designs come to life in real time.

The Spring 2017 release simplifies the animation workflow and adds powerful new capabilities. Please note: The newly released versions of Adobe Creative Cloud applications will overwrite prior installations by default. No parallel installs are possible as this is a patch release.

New in this release

This release of Character Animator simplifies one of the famously complex aspects of animation: walk cycles. In this update, users can create dynamic full-body walking animations from a single profile pose simply by tagging your character’s legs, arms, and body. The new Walk behavior enables you to simulate various stride styles, like strut, run, and sneak, and automatically adapts to long or short legs and different step speeds. You can fine-tune the behavior to ensure your character’s gait complements their personality. Walk in place or across the scene: your puppet’s feet stay planted firmly at ground level to avoid sliding.

When you record your audio (or import pre-existing audio), Character Animator automates the lip synching process. You can now make precision adjustments to that lip sync using the new Viseme Editor, which enables you to easily trim, insert or replace individual mouth shapes right in the timeline, for fast, professional results.

To see a bit more detail on Walk Cycles and the Viseme editor, check out the video below.

Whether you’re new to Character Animator or have been using it for a while now, you’ll appreciate the new workspaces that help guide youove through the animation process step by step. Begin in the Start workspace, where you can manage your projects, try out sample puppets, and find resources and tutorials to help you get up and running quickly. Use the Rig workspace to edit the structure and capabilities of your puppet, and the Record workspace to capture, review, and fine-tune your performances. The Stream workspace gives you everything you need to produce polished live output.

Broadcast your animations to the world. Send your character to an external device or second monitor using Mercury Transmit on both Windows and macOS. Connect to streaming software to broadcast your performances on YouTube and Facebook Live, or to external hardware or multiple machines for live productions where animated characters can interact with each other—or an audience—in real time.

The Nutcracker Jaw behavior is great for simple puppets without a lot of different mouth shapes. It can now respond to the loudness of your voice, and offers a wider range of jaw movements Updated Dangle and Cycle Layer behaviors increase workflow efficiency and puppet framerates.

Add visual interest to a puppet’s appearance by controlling how a layer interacts with the layers beneath it. Add highlights for eyes or shade body parts by choosing modes such as Overlay or Multiply. 20 blending options allow for a wide diversity of stylistic realtime effects, from glowing fire and TV screens to more dramatic highlights and shadows.

More: Stay tuned to the Premiere Pro, After Effects, and Creative Cloud Video & Audio Facebook channels for live streams from the show floor. Watch replays, interviews, and overviews on our YouTube playlist.

Following NAB, Jason Levine will kick off a 6-week series on best practices for creating stellar video content. Join him every Friday at 9amPT on the Creative Cloud Facebook page to learn start-to-finish video workflows for beginners and anyone who wants to bring their skills to the next level.

Dive deeper into what’s new for all Creative Cloud video and audio tools. 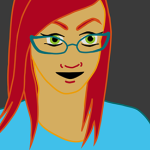