Among all the new mobile apps and desktop product updates released on October 6, Adobe Premiere Clip stands out for me as a fun app that can be used to make something out of all the videos and photos you’ve already got on your iPhone or iPad—or both, actually, by syncing your project across devices and tapping into each device’s camera roll.

My editorial focus on the Creative Cloud Learn team is our digital video and audio tools. Until recently, I hadn’t seen any good mobile apps for making creative use of the videos and photos on my phone. There’s something compelling about making a movie soon after having shot some video at a family event or while traveling, and then sharing that edited movie with others or posting it to YouTube. Premiere Clip makes that task fun.

Before Premiere Clip was launched at Adobe MAX 2014, I had recorded a couple of tutorials: Create and edit video with Premiere Clip and Refine a Premiere Clip video in Premiere Pro. For those demos, I went downtown (in San Francisco) and shot some relatively random videos of cable cars, which I then assembled into a movie using my iPhone and iPad. It was fun but somewhat familiar terrain for me. However, I recently used Premiere Clip “in the wild.”

While attending MAX, I went to a large outdoor party where there was lots of food, playfully interactive outlets for spontaneous creativity, and a concert by Kings of Leon. It occurred to me that I should record the event—and put Premiere Clip to the test.

I shot the following movie entirely with my iPhone 5 and edited it in Premiere Clip while flying back from Los Angeles. Before considering it ready for public consumption, I synced the project with my Creative Cloud profile and then imported it into Adobe Premiere Pro CC, where I did some minor trimming and audio adjusting.

Playing around with Premiere Clip is a lot of fun—and perhaps gives some meaning to all those times you hold up your phone and shoot something that seems important at the time but, you realize later, it’s too difficult to do anything with it.

Let me know in the tutorials’ feedback links what you think of Premiere Clip, and how you think it could help you with either personal, or professional, video projects. 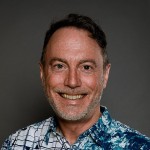