Step Out of the Office with Chevon Hicks and Adobe Ideas

Chevon Hicks is a Creative Director at Heavenspot , an independent digital creative agency that works closely with consumer brands, movie studios and ad agencies. Chevon not only runs this insane creative agency, but he also happens to be a very talented illustrator.
Recently, he created the gorgeous illustration (above) of Italian soccer player Mario Balotelli completely in Adobe Ideas on his iPad and a Wacom Bamboo stylus, all while away from his desktop. Adobe Ideas allowed Hicks to design anywhere using vectors, layers, and color themes. Although Chevon didn’t use desktop software in this case, Adobe Ideas allows you to put the finishing ‘touches’ (excuse the pun) on your work in Adobe Illustrator or Photoshop.

“For the first time in years, I felt like I was really ‘painting’ with vectors,” explained Chevon.

For a behind-the-scenes look, check out the below – this is actually what it looks like when you bring the Adobe Ideas file into Illustrator. In outline mode, you can see the “brush strokes” as paths, which shows this wasn’t created by pulling points, but rather by sculpting shapes.

Chevon mentioned that when he created this piece in Adobe Ideas, he used the 0.5 pixel brush often. “If you zoom into the image, you can see that it’s mostly an optical illusion as the lines aren’t that tight when viewed up-close.” Here’s a screenshot that shows you the layers and setup in Adobe Ideas:

After creating the piece, Chevon shared this with us, “I can definitely see myself bringing something like this into Illustrator and adding type, maybe a new background and some sort of framing device to contain it all. I can also imagine sketching something up in Ideas and literally refining the vector shapes in Illustrator (although, I’m loving the hand-drawn quality of the Ideas vectors). An interesting scenario would be sketching a logo design on a tablet during a client meeting, getting approval and then tightening up the final in Illustrator. Tons of possibilities…”
As a bonus, Chevon also shared some close ups of the logos featured on Balotelli’s jersey. Check them out: 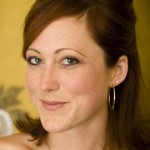