The Imposter in the Room

Last year, I spent a number of months in a creative collaboration with a friend of mine who had, until recently, been a full time touring musician. This is a guy who had been in one of my favorite a cappella groups, had traveled and performed all over the world, and yet still really wanted to write and make music with me. I felt privileged that he wanted to come over and bang on the piano with me, but it didn’t even occur to me that I had something to bring to the table as well.

A couple of months into the collaboration, I mentioned how much of a fraud I felt as a musician because I had never gone full time. He looked completely appalled and told me about two former bandmates who learned music completely by rote. I was shocked, because I had always imagined that the professional musicians I knew and admired were better musicians than I was.

“No,” he said, shaking his head. “You won’t believe who’s out there performing.”

Earlier this month, I attended the Adobe MAX conference and discovered that this feeling of inadequacy was, in fact, quite common. It’s called the imposter syndrome, and many creative people suffer from it. Breaking out the cycle of feeling like we’re not good enough and ​embracing creative risk were themes at this year’s MAX. These are messages I need to hear over and over again, enough that I thought I’d codify them in a blog post.

About ten years ago, I began reading more about housework — specifically, how to motivate myself to do any. I’m not an organized person by nature, especially when it comes to my surroundings, so I needed to do some research to see what might work for me. What I found was FlyLady, a poorly designed site with content that was pure gold. One of FlyLady’s core phrases is “getting rid of that stinkin’ thinkin’,” which was a very Southern way of referring to negative self-talk.

Denise Jacobs explored the concept of negative self-talk in her presentation about breaking creative deadlock by banishing the inner critic. This, she explained, was one of the greatest culprits in creative freeze. Jacobs pointed out the irony: “You will only experience imposter syndrome when you’re competent and skilled.”

She continued on to list a number of ways of thinking that lock us into this critical thought pattern: comparisons, lack of confidence in our own competence, fear of failure, and perfectionism. Managing these thoughts, she argued, will help to get over the procrastination speed bump and enable the production of creative work.

#2: Have a Growth Mentality

Allison House spoke about accelerated skills growth, using her own plunge into 3D animation as a narrative for best practices. She challenged us to invest in new areas, first broadly and then in-depth, and to do so on a consistent basis, taking small, bite-sized chunks every day as a to create momentum.

Over the past couple of months, I’ve seen (and shared) a number of articles on having a growth mindset vs. a fixed mindset when it comes to learning. The most recent research shows that students are more resilient when they have a mentality that effort and process will produce results, not an inherent talent.

By reframing progress as success, you can stretch yourself creatively and produce some pretty awesome stuff.

#3: Reflect on Past Successes

Denise Jacobs also advocates reflecting on past successes as a way to getting past the imposter syndrome. “Whenever I have to write something,” she laughed, “I just put a copy of my book on the desk in front of me. That reminds me that a 700 word blog post isn’t anything compared to a 250,000 word book.”

Probably the most important of the messages, though, is that with no risk, there is no reward. Another way of putting this is the proverb: “Nothing ventured, nothing gained.” Without the willingness to step outside of my comfort zone, there will be no way I can up that bar.

Allison House took that creative risk when she took on a music video for the band Tweedy. She had been playing around with 3D modeling and animation for about three weeks when she was offered the gig, and instead of saying she wasn’t qualified, she took the risk to push herself to do it, stretching herself in the process.

Denise Jacobs took that creative risk when she set out to write her first book. She had never written a book before, but she knew the material and was confident enough to pitch the book to a publisher. And with that, she began a journey of self-discovery that led to the creation of her own company.

There are many different people who have stories like this, including myself. If I hadn’t decided I was going to submit something for Adobe’s internal tech summit, I wouldn’t have learned how to use Adobe Audition, wouldn’t have grown relationships with people who helped me along the way, and wouldn’t have won two pieces of Lucite, including Best Film.

As a part-time professional creative in multiple fields, I often find myself denigrating my own skills, using my profession as an engineer as one an excuse as to why I can’t be a competent creative. After all, the stereotypical engineer isn’t creative or social, so I easily fall into the belief that I am insufficient because I’m not making a career out of the arts. The fact of the matter is, I chose to grow my career as an engineer for a number of very specific purposes and continue to seriously invest in my creative pursuits as a passion.

But Jacobs and House remind me that I am enough. I don’t need to compare myself to anyone else to know that I have invested enough to claim my space as a creative, as a maker-of-things.

It’s time to kick that stinkin’ thinkin’ and continue to make my mark on the world.

Many thanks to Colene for getting me to the 2015 Adobe MAX conference.

Allison House is a designer, 3D animator, and instructor. You can find out more about her work at her website, allison.house.

Denise Jacobs is the founder and chief creativity evangelist of The Creative Dose. She teaches on creativity and innovation worldwide. 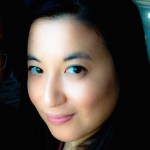 Elaine is a product manager at Adobe working on Adobe XD, a new UX design and prototyping tool. She’s also a martial arts instructor, musician, writer, and volunteerism advocate. You can find her on Twitter at @elainecchao and blogging on Medium.