Breaking people up into specialities like this never really solved anything. Putting someone in a silo because they specialize in UX design doesn’t mean they don’t have visual or product skills and an interface designer probably knows something about UX. It’s safe to say that most of us have strengths and interests in a certain area, but only focusing on the part we’re good at doesn’t help us grow as a designer.

How we got here

Organizationally speaking, this definition of roles used to make sense. Typically in larger companies, the practice of hiring for many disciplines ensures a “good mix” of designers and ideas. The thought was to have complete synergy, allowing everyone to ideate and execute on projects more rapidly than before.

Why it doesn’t work

Although I’m in favor of the argument of many different design minds coming together to make something great, I’ve never seen a case where this type of arrangement doesn’t break down in practice. The issue is the barriers it creates. Who is responsible for what? Why is it that a visual designer has more say about aesthetic than someone else? This can obviously be cured by the right team and leadership, but I’ve rarely seen it happen. Visual designers feel like the protectors of a mythical “brand”, meanwhile UX designers are protective of the experience and don’t want it muddled up by poor visuals. In my experience, the breakdown of genres of design created more problems than it cured.

The other issue is that the project guidelines become loosely defined. Who is responsible for what? How can it possibly be scheduled to work perfectly to flow from wireframes to visuals when so many people have to throw their work over the proverbial fence? In my experience, it only gets harder with the more people that are involved.

Birth of the product designer

In more modern startups and Silicon Valley in general, the terminology Product Designer was born. Although it’s taken some flack for being the “unicorn” of designers, the idea behind the title was to be an all-encompassing role. A product designer is expected to be well-versed in all of the design disciplines but adds an additional element of being particularly savvy with the product as well. In this scenario 1 or more product designers can now control an entire digital experience from start to finish, without having to hand off their work.

Getting multiple product designers involved ensures that not only are there multiple ideas brought to the table, but also similar and complementary skillsets to drive home a great experience. There is also a sense of trust that is built when we remove the barriers and ownership facade. No longer is anyone worried about their own work getting belittled, but it becomes more about the best idea in the room.

But, using “product” as an adjective isn’t perfect either. I’ve had roles where this implies more about how something works, and not so much about how it looks. Design should encompass everything about the experience you’re creating: how it works, how it looks, why it’s built and what goals it solves.

Why you shouldn’t specialize

I’ve been asked many times by college students about specializing, and specifically how I chose what I wanted to work on. I always tell them that the more general their skills, the better off they’ll be. It’s the knowledge of all of the crafts that make you a great designer, not being elite in one discipline and average in another. This makes you desirable to employers as well as colleagues.

The best companies I’ve worked for don’t care about a sense of ownership. A younger me would have thrown a fit if someone down the chain made changes to my design, but in reality, that isn’t how a great team operates. Deliberately leaving folks out of different aspects of the process doesn’t make anyone feel good. As a generation that has grown up on the internet, we all have opinions about what works and what doesn’t.

And this is ultimately what design is. Design is figuring out the best way for someone to accomplish something on your site, be it an app or marketing page. This can’t be solved by a single designer working on one piece of the funnel, nor should it be solved by multiple parties over a period of time changing the original work. By siloing design into varying disciplines, we’re doing our industry a disservice by often creating disjointed experiences.

Let’s go back to being called “designers,” working on what you feel passionate about and building great experiences. 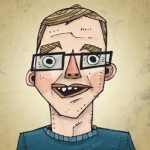 Ryan is a product designer and developer from Minneapolis. He is the builder of both Paid and Payment, iOS apps built on top of Stripe Connect. Ryan is also an avid freelancer with a passion for bootstrapped SaaS businesses. Over the last 8 years, Ryan has helped over 100 clients pinpoint their online presence.