Adobe Ambassador, Mark Galer, provides some essential Smartphone/iPhone photography tips so you can get the absolute best out of your mobile photography.

The cameras in our smartphones are now so good, there is little point for most of us to own or carry a compact camera any more – especially given that we can easily share the captured moment quickly with the device that actually created the image. Although it’s easy to capture a technically good image (well exposed and sharp) with a modern mobile phone, it does, however take a little practice to capture a memorable one – something that is not only worth sharing, but also worth keeping.

Old-fashioned cameras (the ones that can’t make phone calls) have lens caps to keep their lenses clean. The camera lens on your smartphone, however, lives with whatever has been in your pocket or bag. As there is no windscreen wiper app, you will have to ‘manually’ clean the lens from time to time – a small point that makes a big difference. When was the last time you cleaned your lens?

We have all seen this way of presenting an image (above) on our TV’s. Ever wonder why it’s so common? Vertical images captured with our mobile phone cameras don’t usually look so great when they are viewed on our TV’s and computer screens. There is simply too much unused or ‘negative’ space either side of the image. The blurring of the same image either side of the vertical is the most popular technique used by TV producers to combat this problem.

Although vertical images are the ‘norm’ for most mobile users, it pays to capture most of your photographs in horizontal (landscape) mode and then crop to vertical later, if required. This will give you more choice later about how those ‘keepers’ can be viewed.

There is an old saying in photography that ‘if your images are not good enough, then you are not close enough’. Zooming with the mobile phone camera app is a big ‘no-no’ because most mobiles simply don’t have an actual zoom lens. The phone’s camera app is just growing the image digitally – which is usually ‘less than fabulous’.

How you compose or ‘frame’ your image is, however, one of the most important ways of transforming a snap into a ‘veritable’ work of art. The answer is simple – if you are not close enough, use your legs to transport the smartphone closer to your subject.

Background blur (left) is possible with an interchangeable lens camera but nearly impossible with a smartphone. Smartphone users have to choose simple & uncluttered backgrounds (right) in order to create strong compositions.

Perhaps the biggest difference between professional DSLR cameras and mobile phones is the ability of the big cameras, with their big imaging sensors, to blur the background (called ‘shallow depth of field’). One advantage of blurring the background is that you can effectively isolate your subject from distracting details. This is just not possible with the tiny sensors found in smartphones.

We can, however, be just a little more careful in how we choose to frame our subject. By using our legs again we can change the background behind the subject. If we seek out a simpler background the composition will start to improve dramatically. Simplicity is the key here, because cluttered images rarely work. I call it ‘the photographic dance’ – the act of waltzing into a position to render the background and the subject as a single happy couple.

Thomas Lim is a successful street photographer who works predominantly on the streets of Melbourne. His work is recognizable because he manages to capture decisive moments that are exquisitely designed. He often incorporates richly saturated colours and a strong sense of light and shade. The people that are the stars in his photographs rarely, if ever, know they have been photographed as Thomas has his phone on silent and blends into his surroundings looking like another lost tourist in the CBD.

He says of his iPhone “It’s easier to blend into the surroundings with a smartphone compared to having a big camera and it lets me concentrate on the subject more than the camera settings”. He says, “The best camera is the one that’s with you” and that “Great photographers won’t ask you what camera you use and there is no such thing as a ‘proper’ camera, only a working one”.

When asked for a word of advice for people who want to create great photographs with their mobile phones Thomas says, “Follow the light”. If you have read the three previous tips you will notice that Thomas incorporates all of these skills in his own work (and some more). Thomas knows all the best locations and the time of day that these locations become a beautifully lit stage.

The rest is a case of timing as he waits for his actors (you and me) to make an appearance. Sometimes it may be a ‘no show’ – but just like fishing, the being there is the most important part of the performance.

When you take an image with your phone, the two most important tasks it has to quickly perform are to focus and to adjust the exposure. Nine times out of ten, it will get it right – focusing and take an exposure reading from either a face or whatever is in the centre of the frame.

In some instances it may get this ‘combo’ wrong. Dedicated Photo Apps such as ProCamera for the iPhone will allow you to choose a different point for the focus and the exposure. If you want to get better results from ALL your images it is worth investing in a capture App that give you a little more control over how your camera is taking the image. Any adjustments you make are instantly visible on screen – very much a case of WYSIWYG (what you see is what you get).

Most smartphones have built-in photo apps that are reasonably OK and can correct or stylize your image before you post it to social media. Adobe Photoshop has, however, been around since the beginning of digital imaging and the new ‘smart’ kid on the block for photo editing is Adobe Lightroom.

Adobe have invested all of their expertise and knowledge in creating this new easy-to-use software app. Lightroom Mobile is now available as a free app for all mobile devices and is the most sophisticated editing app on the planet – bar none.

Before & After – edited in Lightroom Mobile to restore some semblance of reality (stolen as a result of the fogged up lens) using the magical new ‘Dehaze’ filter.

If you are traveling in the tropics you can avoid the ‘foggy’ lens saga (created by exiting an air conditioned hotel or shopping mall into the 99% humidity of the tropics) by keeping your mobile in a zip lock bag or by warming your mobile in the hotel’s hand dryer so that you are ready for photography as soon as you pull your mobile out.

How about you? Do you have any mobile photography tips and tricks to share? Would love to read it in the comment section. Happy snapping! 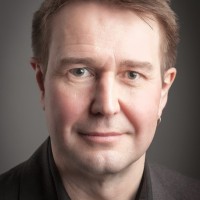