RoboHelp (2015 release) makes it easy for technical writers to generate a mobile app for smartphones and tablets running iOS and Android.

What is a Mobile App?

A mobile application, most commonly referred to as an app, is a type of application software designed to run on a mobile device, such as a smartphone or tablet computer. RoboHelp (2015 release) creates a help app and includes a table of contents, glossary, and search.

I created a simple help app for a fictitious product called InfoPath:

Why create an App?

You may consider creating an app for the following reasons:

The following procedure explains how to use RoboHelp (2015 release) to create an app. It assumes you have some familiarity with creating online help systems and understand the basics of downloading and installing apps on smartphones and tablets.

Android or iOS? Or Both?

Let’s go through the process of creating an app step-by-step. But first, before we start we will need to create a free Adobe PhoneGap Account. You don’t know PhoneGap yet? Here you go with a quick intro:

The next step explains how to get the app loaded onto your tablet or smartphone.

The app downloads to your tablet or smartphone.

Once the app has been downloaded and installed on your computer, tap the app you created.

Using RoboHelp (2015 release), I found that creating an app was surprisingly easy. 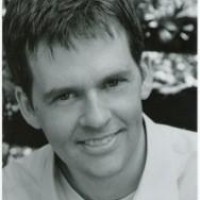